Did Tebow really say Clemson does not deserve to be in CFP? 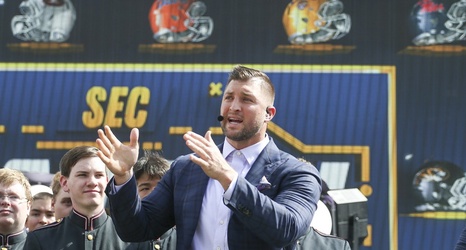 Former Florida quarterback, and Heisman Trophy winner, Tim Tebow says No. 2 Clemson does not deserve to be in the College Football Playoff if it started today.

Tebow was on ESPN’s First Take Friday morning and he said he has Alabama No. 1 on his list, followed by LSU, Ohio State and Oklahoma at No. 4. He said he has Clemson just outside his top 4 at No. 5.