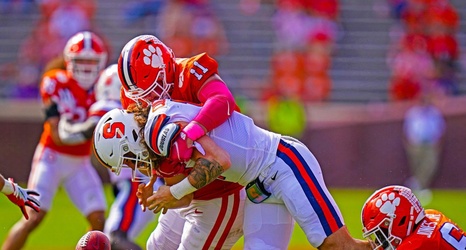 On a day when the offense was not as explosive as it has been in recent weeks, the Clemson defense decided it was going to take the lead.

Needing a play, needing something to change the momentum after Syracuse cut what was once a 17-point lead to six, the top-ranked Tigers made the play of the afternoon as Mike Jones and Bryan Bresee combined to strip the ball from quarterback Rex Culpepper and Andrew Booth picked it up and ran it in for six points.

Booth’s scoop-and-score turned the momentum of the game as the Tigers scored the game’s last 20 points in a 47-21 victory at Death Valley.