Committee impressed with Tigers more than Buckeyes at this point 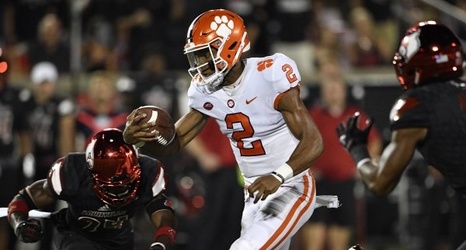 Though the Notre Dame loss prevented Clemson from being No. 1 again in the first College Football Playoff Poll of the season, it also helped the Tigers.

CFP Committee Chairman Gary Barta, said Clemson’s double overtime loss to No. 2 Notre Dame, a game in which it was missing Trevor Lawrence at quarterback, starters James Skalski and Mike Jones at linebacker and starter Tyler Davis at defensive tackle, was still impressive.

Clemson (7-1, 6-1 ACC) actually had a seven-point lead until the Irish scored the game-tying touchdown with 22 seconds to play to force overtime.