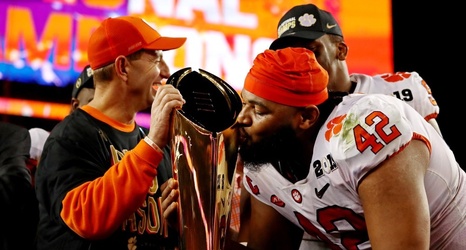 Two days after a sub-committee recommended a 12-team playoff to the College Football Playoff management committee, a coach from one of the major CFP contenders spoke out on Saturday.

Georgia head coach Kirby Smart spoke about the proposal to expand the CFP to 12 teams.

“With the potential of what’s been proposed… [It’s] probably the greatest change there has been in terms of major college football,” Smart said via ESPN.

Clemson’s Dabo Swinney and Alabama’s Nick Saban have not publicly addressed the proposed format at this time, but the two have been very outspoken on the matter when asked about expansion last season.