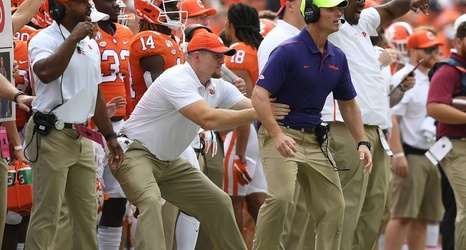 Venables tends to get pretty animated during games and shortly after his arrival, head coach Swinney stuck Smotherman on get back duty. He keeps the defensive coordinator off of the field of play and prevents the team from being penalized for a sideline warning.

The Clemson Insider spoke to Smotherman at College Football Playoff National Championship Media Day ahead of third-ranked Clemson’s matchup with No. 1 LSU, where he undoubtedly has a stiff task containing Venables.