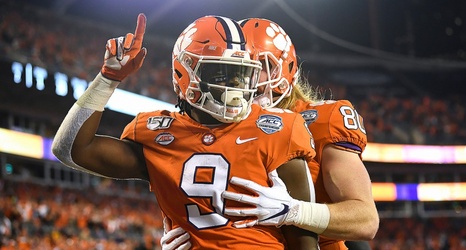 CHARLOTTE — It has been a historic run for Dabo Swinney and the third-ranked Clemson football team as they defeated No. 23 Virginia by a score of 62-17, winning their fifth straight ACC Championship and 19th overall ACC title.

The Tigers (13-0, 8-0 ACC) have now won 25 conference championships overall, most by any team that currently plays in the ACC.

Clemson’s ACC domination under Swinney has been nothing short of incredible as the team has now set the standard for not only the ACC, but every other conference in the country.

The Tigers’ fifth straight conference championship game win is historic in many ways.