Clemson still working on its depth at this position 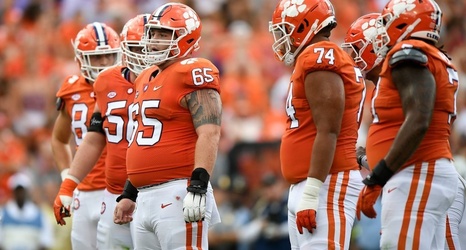 As Clemson’s first game against Georgia grew closer in late August, Clemson coach Dabo Swinney expressed optimism about the depth being built along the Tigers’ offensive line. There were nine — and as many as 10 — linemen Swinney said he’d be comfortable playing if Clemson had to play a game then.

Fast forward three games into Clemson’s season, and those words haven’t exactly translated onto the field.

The Tigers have played more than 10 offensive linemen in a game, but the only time the count has been that high was their 49-3 rout of FCS member South Carolina State when the lopsided score allowed Clemson to empty its bench.