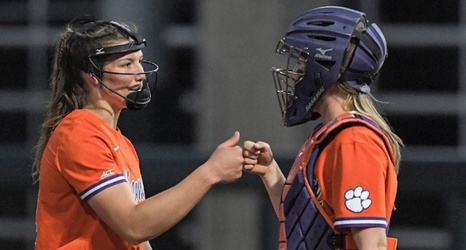 John Rittman and his Clemson softball team have a lot of momentum, and they hope to keep rolling in the first-ever rivalry softball game with South Carolina when the teams meet Wednesday at Carolina Softball Stadium in Columbia.

Clemson enters Wednesday’s contest ranked No. 16 in the USA Today/NFCA coaches poll, its highest ranking to date. Clemson enters the weekend having won its last 12 games, all of which have been at McWhorter Stadium. Clemson leads the ACC in overall winning percentage (88.9%), good for fifth in the nation. South Carolina is 23-17 overall on the season and just 2-13 in SEC play.