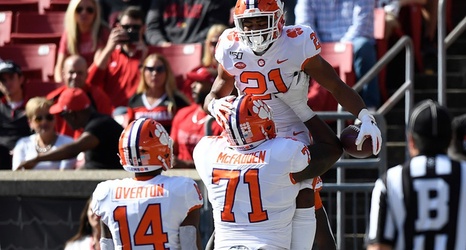 Rencher earned a scholarship last season. The former walk-on played in 13 games, while running for 135 yards and scoring two touchdowns. He also had four catches for 26 yards.

One of the team leaders and the team spokesman for Clemson’s PAW Journey, Rencher has played in 23 games in his career as a running back and on special teams. The former T.