Clemson picks up another major commitment 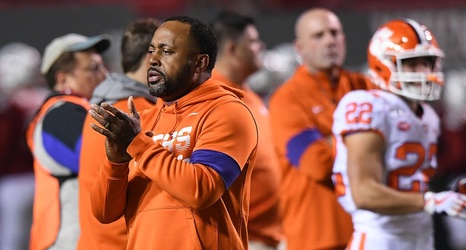 Clemson has landed a verbal commitment from another one of its Elite Retreat visitors.

One of the nation’s top cornerbacks, St. Louis (Mo.) Lutheran North four-star Toriano Pride, announced his commitment to the Tigers on Friday. He was among the priority Clemson targets on hand for the program’s Elite Retreat recruiting event last weekend.

Pride (5-11, 175) lists around 30 total offers and chose Dabo Swinney’s program over the other schools in his top seven, which also included Alabama, Auburn, Georgia, Missouri, Ohio State and Oregon.

Clemson extended an offer to Pride last August, and prior to attending the Elite Retreat, he was previously on campus for the spring game in April.