Clemson loses 2 starters, one dismissed from the team 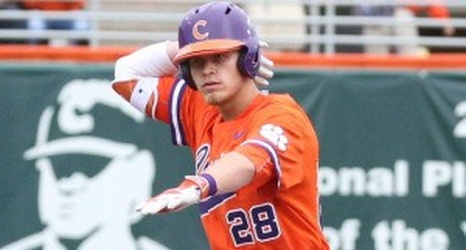 Clemson’s Michael Green has been dismissed from the baseball program. Clemson head baseball coach Monte Lee announced Green’s dismal Friday prior to the start of opening practice at Doug Kingsmore Stadium in Clemson.

“He is no longer a part of the team,” Lee said. “He was dismissed from the team for rules violations.”

Green finished tied for second on the Clemson baseball team last year with .307 batting average. He played in 28 games and started in 27 of them. He had three home runs and 14 RBIs. He also had .475 slug percentage and a on-base percentage of .