Clemson in final 4 for 5-star 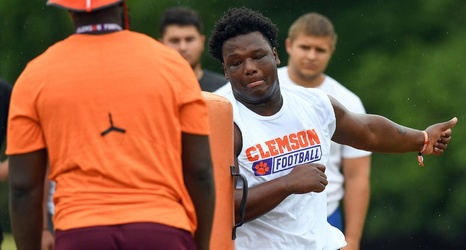 The nation’s top-ranked defensive tackle in the 2022 class is down to four schools.

One of Clemson’s priority recruiting targets — Greensboro (N.C.) Grimsley five-star Travis Shaw — dropped his final four on social media Tuesday evening and named the Tigers among the teams still in contention for his commitment, along with Georgia, North Carolina and North Carolina A&T.

Shaw is ranked as the No. 1 defensive tackle in the country by Rivals, which considers him the No. 3 overall prospect in the 2022 class regardless of position.

The 6-foot-6, 320-pound rising senior is coming off a visit to Clemson for the Elite Retreat this past weekend.