Clemson has made playing for an ACC Championship look easy 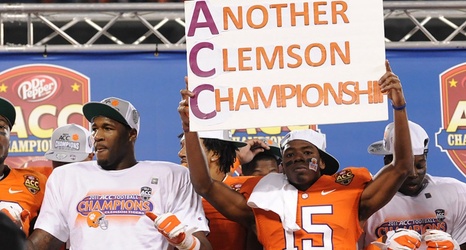 When third-ranked Clemson plays No. 2 Notre Dame in the ACC Championship Game on Dec. 19, it will mark the sixth straight season the Tigers have played for the league championship.

For Clemson fans, playing for an ACC Championship seems like a birth right. But actually, it is not.

How uncommon is the run Clemson is on right now? It is the only Power 5 school to advance to six straight conference championship games since conference title games began in 1992.

To understand how difficult that is, just look at Clemson’s opponents.