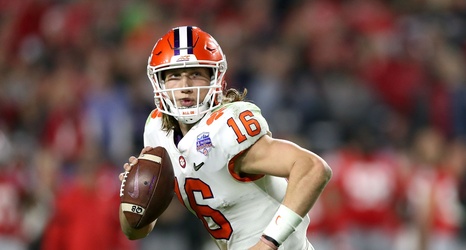 ESPN released its way-too-early All-American team for the 2020 season and Clemson football had just two selections on the first-team.

ESPN Writer Chris Lowe made the selections, naming QB Trevor Lawrence and RB Travis Etienne as first-team All-Americans. Both Lawrence and Etienne will enter the 2020 season as favorites for the Heisman Trophy and consensus first-rounders, according to every major draft analyst.