Clemson Football: The difference vs. LSU ultimately came down to one fact 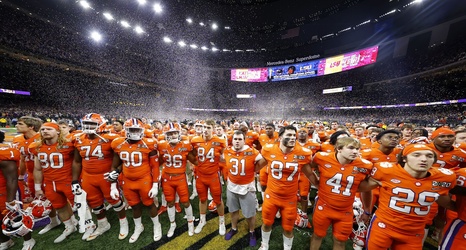 Clemson football fans have pinpointed several issues throughout the entirety of the National Championship loss to LSU Monday night.

As a matter of fact, there’s a whole onslaught of issues that occurred over the course of the night for Clemson football.

However, it ultimately came down to this simple fact: LSU made the plays and responded when it needed to, Clemson didn’t.