Clemson Football: Studs and Duds in victory vs. Louisville 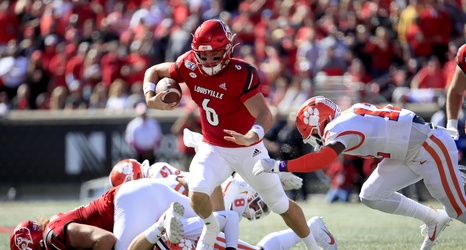 The Clemson football team improved to 7-0 on the season with a win over the Louisville Cardinals Saturday afternoon.

The Tigers defeated Louisville 45-10 and covered the spread for second-straight week.

Here are some studs and duds from the ACC Atlantic Division win Saturday afternoon.

The Clemson football defense played lights out for the majority of the game. The Tigers gave up one field goal in the first half and, other than that and a garbage time touchdown, they completely dominated an explosive Louisville offense.