Clemson Football: Studs and Duds in victory over Boston College 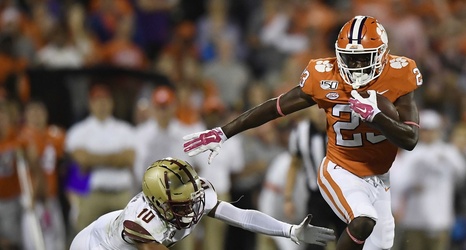 The Clemson football team dominated Boston College Saturday night on its way to a 59-7 victory over the Eagles.

With the win, the Tigers improved to 8-0 on the season and now hold a 23-game winning streak.

Here are some studs and duds from the victory for Clemson football.

You’ve got to give credit where credit is due. That Clemson football defense has been nothing short of dominant through the first eight games of the season.

Every time we think they’re going to be challenged, the unit steps up and plays up to another level.