Clemson Football: Studs and Duds from the ACC Championship 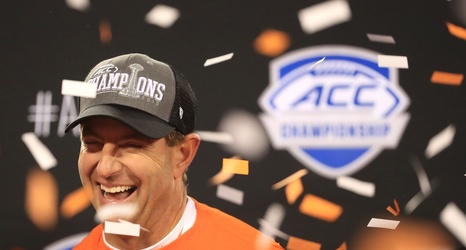 The Clemson football team reeled off a dominant 62-17 victory over the Virginia Cavaliers Saturday night in the ACC Championship game.

The Tigers methodically put the Cavaliers away, allowing their depth and talent to show over the course of the second quarter and through the third quarter.

Here’s a look at some studs and duds from the victory in Bank of America Stadium.

Tee Higgins was named the ACC Championship MVP, and for good reason. Higgins caught nines passes for 182 yards and three touchdowns. He made several highlight-reel grabs, perhaps the most impressive came on a pass to the sideline where he reached out and made a fingertip catch while dragging a toe in-bounds.