Clemson Football: Offensive Play-Calling was a major issue vs. LSU 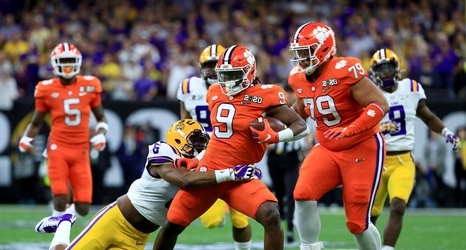 The Clemson football program saw its impressive 29-game winning streak come to an end Monday night when the Tigers fell 42-25 to the LSU Tigers in New Orleans.

Of those 11 third down attempts, more than half were less than five yards.

Throughout the night, Clemson football fans questioned the offensive play-calling and it’s clear that was a major issue in the outcome of the game Monday.