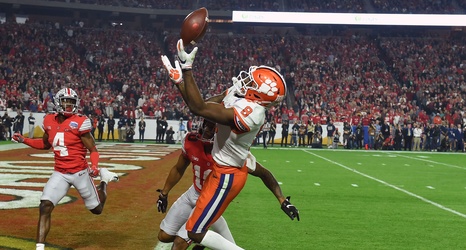 The last time we saw Justyn Ross come away with an absolutely dominating performance, we were watching Clemson football dismantle Alabama in the National Championship game a little more than a year ago.

Ross had six receptions for 153 yards and a touchdown against the Tide. He was all over the field and made several highlight-reel plays on the way to the victory.

Heading into the 2019 Clemson football season, Tiger fans expected to see much of the same from Ross. He suffered with a minor injury earlier in the year, but never really reached that level that many thought he would over the course of the season.