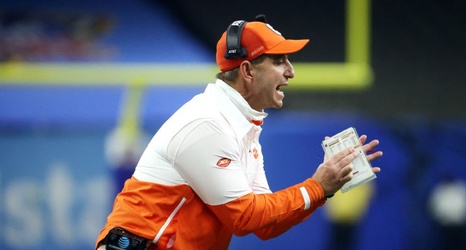 Clemson football coach Dabo Swinney doesn’t have a Twitter account, but it doesn’t stop him from going viral on the social media platform several times throughout the year.

In the latest Swinney saga on Twitter, we saw a little bit of an interesting wager take place between Dabo Swinney and Ole Miss head coach Lane Kiffin.