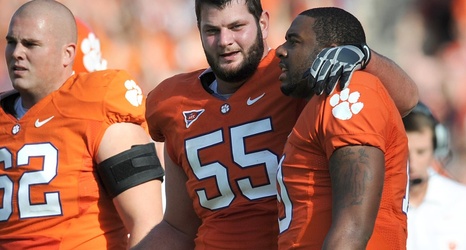 Since Kyle Young was a two-time All-American in 2000 and 2001, only one center has earned All-American status at Clemson. In fact, Dalton Freeman is one of just four centers in the history of Clemson football to earn All-American honors.

Check out Freeman’s All-American career at Clemson in this photo gallery by The Clemson Insider. PHOTO GALLERY LINK

Freeman, who lettered at Clemson from 2009-’12, redshirted his first year in Tigertown, but became the first center to start at Clemson as a freshman in over 60 years when he played in each of the team’s final nine games in 2009.