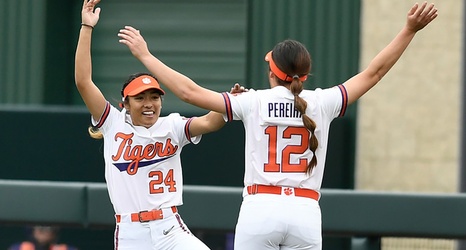 Cammy Pereira saw a tweet earlier in the week that talked about the importance of women sports and if anyone cares. If there was anything Pereira learned from Wednesday afternoon at Clemson, she did not need a tweet to tell her if anyone cares about women’s sports.

Clemson’s second baseman saw it firsthand as Tiger fans packed the Clemson Softball Stadium, not once, but twice to see the athletic department’s new program play its first two games in Clemson.

“Look at us, we have a sold-out crowd at 2:30 on a Wednesday. I think that is pretty neat,” Pereira said.