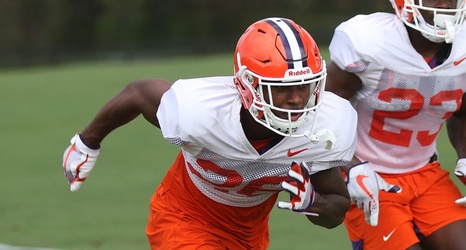 The Clemson family has become an integral part of the powerhouse that is Clemson football and the culture that head coach Dabo Swinney has built within the program in his 14-season tenure. For Patrice Jones, the mother of Clemson cornerback Sheridan Jones, the Clemson Family took on a whole new meaning this past weekend.

The single mother of three, who hails from Virginia, made the move from their hometown of Norfolk to her new stomping grounds in Charlotte, N.C. this past weekend, but the Virginia-native did not make the move alone. With the help of two of her son’s, Kennedy and Sheridan, their friend Malachi, and Sheridan’s teammates Taisun Phommachanh, Jalyn Phillips, and Ruke Orhorhoro, Mrs.