Championship notes: Still a lot for this Clemson team to be proud of 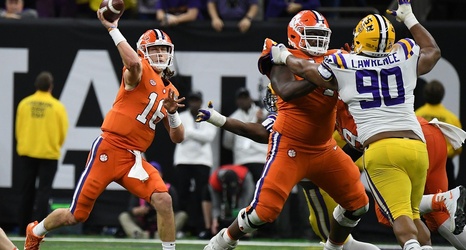 NEW ORLEANS – Behind Joe Burrow’s 463 yards and five touchdown passes, and 521 total yards and six total touchdowns – all of which are national championship game records – LSU defeated Clemson 42-25 on Monday night at the Mercedes-Benz Superdome for their fourth-ever national title.

Meanwhile, Clemson saw the nation’s longest active winning streak come to an end at 29, finishing the 2019 campaign with a 14-1 overall record.

Here are some notes to know from Clemson’s final game of this season and the season itself: