Chairman explains why CFP Committee impressed with Clemson this week 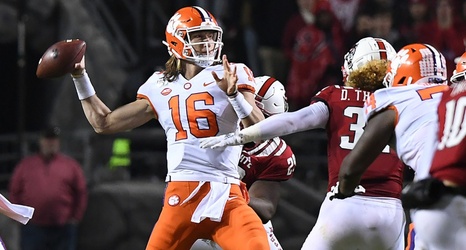 The College Football Committee is still not strong on Clemson’s schedule, but the Tigers have impressed them enough to move to No. 3 in this week’s rankings, which were released on Tuesday night.

Clemson jumped up two spots from its No. 5 ranking last week following its convincing 55-10 victory at NC State last Saturday.