CFP Committee Chairman says Tigers’ schedule keeps them at No. 3 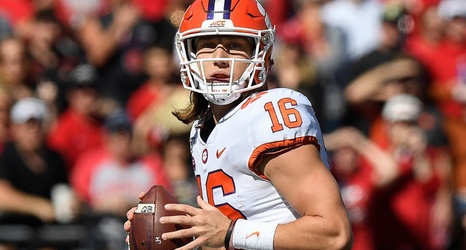 Though the College Football Playoff Committee is high on Clemson, the Tigers’ chances of moving up in the rankings seem slim unless someone loses above them.

Clemson is ranked No. 3 in the latest College Football Playoff Rankings, which were released on Tuesday night, but according to CFP Committee Chairman Rob Mullens, the Tigers’ schedule is keeping them from being considered from the No. 1 spot in the rankings.

Mullens said there was considerable conversation about who deserved to be the No. 1 team this week, but Clemson was not in any of those conversations.

Clemson has won six straight games by 30 or more points, an ACC-record, since the start of October.