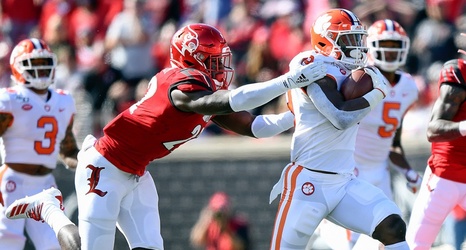 The second-ranked Tigers rushed for 298 yards and were led by running back Travis Etienne. The reigning ACC Player of Year rushed for 192 yards on 14 carries and had 227 all-purpose yards overall.

Here are this week’s By the Numbers from Clemson’s win at Cardinal Stadium in Louisville.

8.05: Clemson’s 8.05 yards-per-carry average was its second-best of the season, trailing its 8.39 average in the season opener against Georgia Tech.