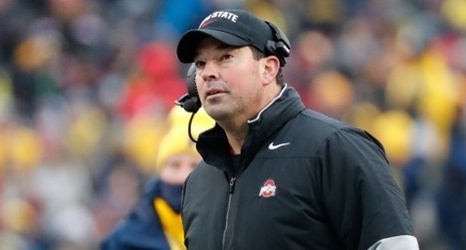 Ohio St. head coach Ryan Day has seen enough of Clemson to know the Tigers are talented across the board, but his biggest takeaway is the fact that they are the defending champs and haven’t lost a game in a long time.

No. 2 Ohio St. (13-0) and No. 3 Clemson (13-0) tangle in the desert later this month in the College Football Playoff’s semifinal in the Fiesta Bowl. Ohio St. was the top seed heading into conference championship weekend but dropped behind LSU in the rankings released Sunday.

Day said he thinks the Buckeyes should have stayed the top seed.