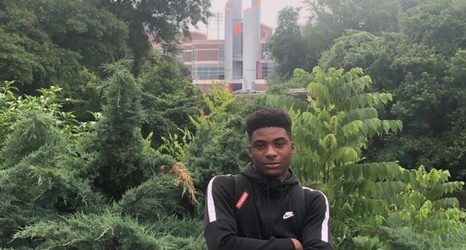 Four-star athlete Daejon Reynolds, whose recruitment has taken off of late, traveled to Clemson on June 5 to showcase his talent at the Dabo Swinney Camp.

The two-way class of 2021 prospect from Lawrenceville (Ga.) Central Gwinnett performed well while competing with both the defensive backs and wide receivers.

“It went very well,” Reynolds told The Clemson Insider. “I won almost every rep on both sides of the ball. I loved interacting with Coach (Mickey) Conn and (Jeff) Scott.”

Reynolds (6-2, 195) not only liked working with the coaches, but also enjoyed learning from some of the current players that were helping out at the camp.