2 Tigers are leading candidates to start for NFC North team 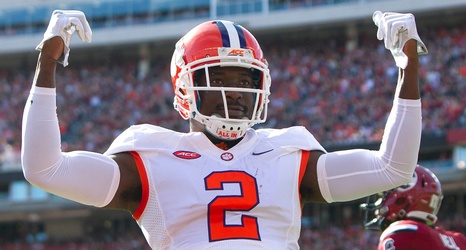 Two former Clemson players find themselves in position to start for an NFC North team this coming season.

Bashaud Breeland, who signed with Minnesota on Friday, and Mackensie Alexander could both be starting in the Vikings’ secondary when the season kicks off in September.

Alexander, who returned to Minnesota after a one-year stay in Cincinnati, is expected to start as the Vikings’ nickel back, while Breeland will battle Cameron Dantzler for the starting outside corner spot.

This is all according to Chris Tomasson of the St. Paul Pioneer Press. Tomasson also reported Breeland signed a one-year deal with the Vikings for $4 million.