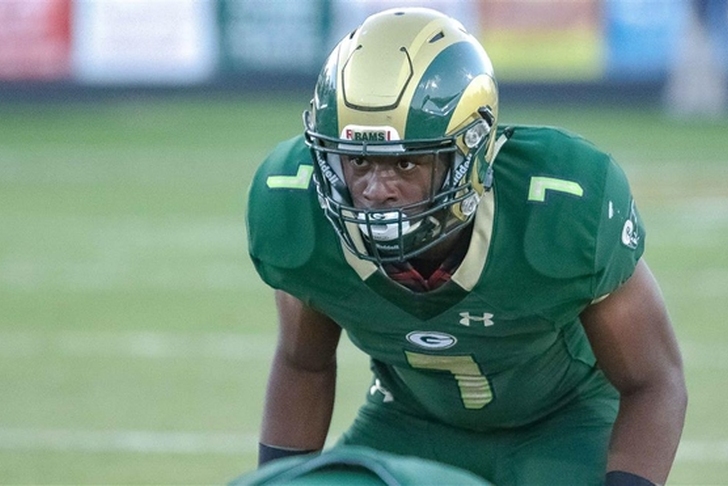 The class of 2018 is the main focus for the Clemson Tigers, but they aren't ignoring the class of 2019. They recently hosted the nation's top LB in 2019 and Clemson helped themselves with the visit. LB Owen Pappoe checked out Clemson campus last week and came away impressed.

"The visit definitely helped out Clemson a lot," Pappoe told 247Sports. "They will be bumped up my list a lot. There's really cool people at Clemson. The atmosphere there is crazy. I love the campus and the Clemson area. I just get really, really good vibes there."

Pappoe is listed as the top LB by 247Sports for 2019, checking in at No. 4 overall and as the No. 1 player from the state of Georgia. He's listed as a four-star recruit, but he'll become a five-star if he stays that highly ranked come next year.

Pappoe says he thinks he'd be a good scheme fit with Clemson, a school he'd already visited several times in the past on more casual visits.

"Watching film of Clemson on defense was almost like watching myself," Pappoe said. "Of all the visits I've been on, I haven't seen a scheme I fit in as with well as I did with Clemson ... Clemson likes how versatile and physical I am, how I can stop the run and make plays in space," Pappoe said. "They compared me to what Dorian O'Daniel does."

Clemson is already on the top 10 list for Pappoe. Several other major schools are in the mix along with the Tigers, including Florida State. The Noles have commitments from four of Pappoe's teammates already.

Check out our Clemson Tigers team page for all the latest on Clemson Football Recruiting or download the Chat Sports App!