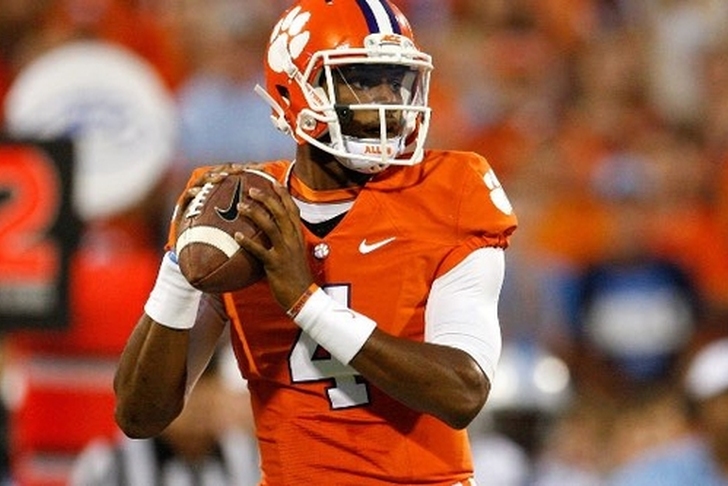 The Clemson Tigers are heading to the CFP Championship. The Tigers had little trouble with the Ohio State Buckeyes, cruising to a SCORE win in the Fiesta Bowl, one of the CFP semifinal games this year. The Buckeyes missed two early field goals, and despite forcing two Deshaun Watson interceptions, they failed to put any points on the board for the first time in a bowl game since 1920.

Outside of the two picks, Watson was impressive. He completed 23 of 36 passes for 259 yards and a TD. He was dynamic on the ground, picking up 57 yards and two scores on 15 carries. It was such a blowout that Watson came out of the game in the 4th. Wayne Gallman had 18 carries for 85 yards and a TD.

But most impressive of all was the Clemson defense. They shut down the OSU offense, especially J.T. Barrett. He had -2 rushing yards, thanks in large part to several sacks. He had nothing going in the air either, completing just 16 of 29 passes for 100 yards and two picks.

Clemson faces Alabama in the College Football Playoff Championship game next Monday. The Tide will likely be favored in the game.