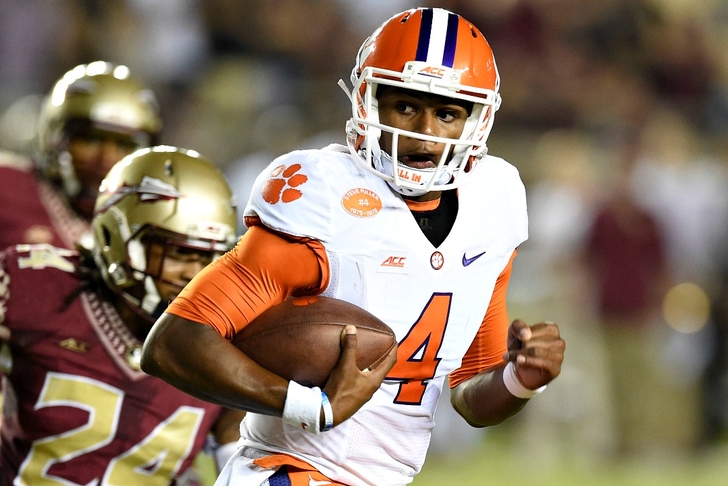 Can't get enough Clemson football news and rumors? Be sure to download our 5-star iPhone app today!

The Clemson Tigers' bid for the ACC Atlantic Division crown has taken a big hit, as starting quarterback Deshaun Watson will miss more than a month with a hand injury he sustained in the first quarter against Louisville on Saturday.

Here's Scott Keepfer of The Greenville News with the report:

Update: #Clemson QB Deshaun Watson will have surgery on hand Monday and likely to be out 5 weeks

Clemson will now put the offense back in the hands of redshirt fifth-year senior Cole Stoudt. Stoudt, who opened 2014 as the starter, went 20-of-33 for 162 yards and a pick in the Tigers' 23-17 victory over the Cardinals on Saturday.

That's a far cry from Watson's production so far in 2014, with the true freshman coming into Saturday with twelve passing touchdowns against just one interception, along with adding three rushing touchdowns for the now 4-2 Clemson Tigers.