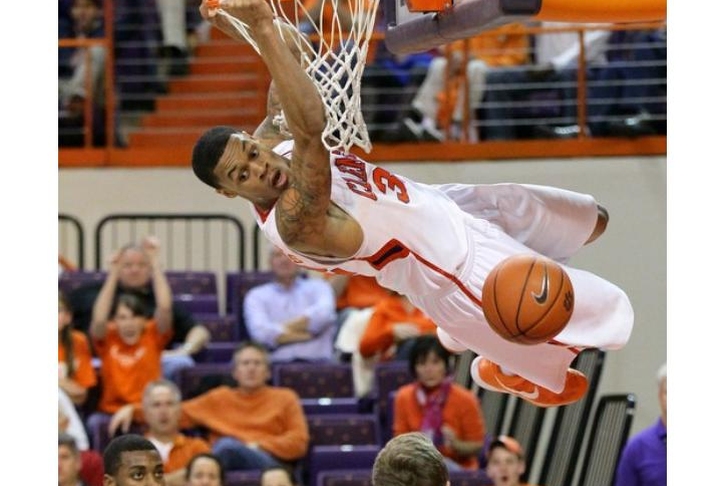 Clemson has gotten better and better over the past few years. The development of the players under Coach Brownell is coming to fruition. That development is vastly evident in KJ McDaniels. But even with the success of McDaniels, he still isn't regarded as one of the best players in the ACC.

KJ is a regular highlight in the ESPN Top Ten plays. The four letter network can't get enough of his unhuman athleticism. When it comes to being an athlete, they praise him. When it comes to be considered one of the best all round players in the ACC, he's barely being considered for the All-ACC 3rd team. Is this mostly because he doesn't have a shade of blue or does he actually deserve the praise and consideration to be on the 1st team?

A comparison of McDaniels to former players in blue shows he's being over looked. Two players he can be compared to is former Duke star Luol Deng and Reggie Bullock from last year's North Carolina team.

The comparison of these three show the Tobacco Road bias. Deng made all conference 3rd team while Bullock made the 2nd team and nearly was All-ACC 1st team last year. KJ right now would barely make the 3rd team. McDaniels right on par with both. Points, assists, rebounds, blocked shots, and steals normally are big factors for all conference teams. Of those 5 his better than the other 2 in 3 of the catergories and pretty much tied with them for steals.

McDaniel deserves more respect nationally than he gets. His statline speaks for itself but his play on the court proves more. He carried his team to an upset win over Duke and has recently been at his best near the end of close games. He wants the ball in his hands when it's crunch time and he's making the most of it. He should be included with the best in the ACC. If he were in blue, the Dick Vitales of the world would be giving him praise every waking second of the day.