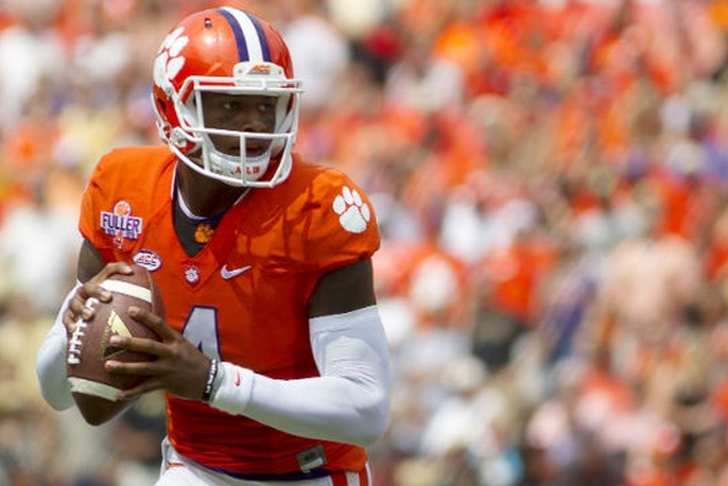 The Clemson Tigers have their first big test of the season Saturday when they host the Notre Dame Fighting Irish, and a victory would put them firmly in the College Football Playoff conversation. Here are three reasons why Clemson will knock off the Irish this weekend:

The Irish are starting DeShone Kizer at quarterback, who was the third-stringer in spring camp behind Everett Golson (tranferred to Florida State) and Malik Zaire, who suffered a season-ending broken ankle in Notre Dame's win over Virginia. The Irish have been inconsistent on offense under Kizer, who has turned the ball over at least once in each of his two starts. If the Irish's offense continues to struggle under Kizer, they Tigers will win easily.

RB Wayne Gallman, TE Jordan Leggett, and WR's Mike Williams, Artavis Scott, and Charone Peake are all back and are poised to keep the Tigers' offense as one of the best in the country. All five guys have the speed and quickness to score on any given play, and that has allowed Clemson's offense to average 36 points per game so far this season. Simply put, Notre Dame's average defense doesn't have the talent to stop this attack, nor the offensive firepower to match them.

Watson started five games a true freshman, throwing for 1,466 yards and 14 touchdown passes with just two interceptions and completed 68% of this passes. Now as a bonafide Heisman candidate, he has completed over 74 percent of his passes for 641 yards and seven touchdowns in limited work through the first three games. As someone who plays his best in big games, expect Watson to have a breakout performance on this stage - perhaps giving us his Heisman moment.