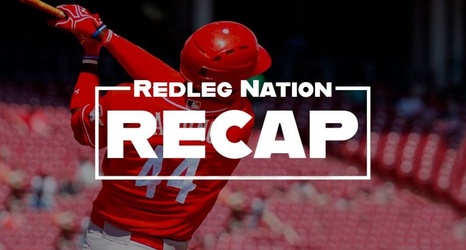 Thursday’s game against the postseason-bound Brewers marked a number of endings for the Cincinnati Reds: the final game to be called by longtime radio announcer Marty Brennaman; the home finale for the 2019 season; a likely white-flag-waving of Eugenio Suarez’s chase for the NL home run crown; and the last time that an unknown number of current Reds will enjoy the view from the first-base dugout.

It also marked the final trip to the mound this season for Luis Castillo. While the Reds have continued to fare well overall in games that he starts, Castillo hasn’t pitched as effectively during the second half of the season as he did prior to the All-Star break, when he earned a ticket to Cleveland on the back of an 8-3 record and a 2.