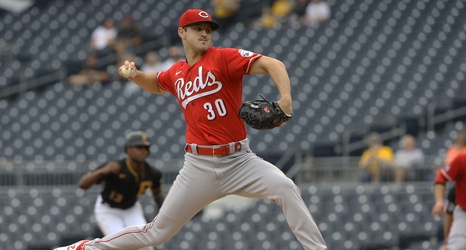 PITTSBURGH – Cincinnati Reds starting pitcher Tyler Mahle has said that he saw the difference between his road ERA and his home ERA as a statistical fluke, but he had the second-lowest road ERA in MLB entering his final start of the 2021 season.

Last Sunday, Mahle lowered his home ERA to 5.63 when he allowed just one run in six innings. Then against the Pittsburgh Pirates at PNC Park on Saturday, Mahle’s road ERA regressed to the mean.

Mahle had the longest active streak in MLB with 23 consecutive road starts without allowing three-or-more runs. On Saturday, Mahle allowed six earned runs as the Pirates beat the Reds, 8-6.