'They’re here for a reason': Reds lose the series after Luis Castillo's good start is spoiled 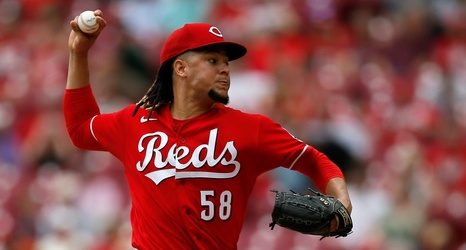 With two outs in the sixth inning Thursday, Cincinnati Reds starting pitcher Luis Castillo left the game to a standing ovation from the crowd.

Castillo had just finished one of his best starts of the season, allowing one hit in 5 u2154 innings and retiring 15 consecutive batters at one point against the Milwaukee Brewers. But when manager David Bell pulled Castillo from a game the Reds led by one run, the Brewers had two runners on base.