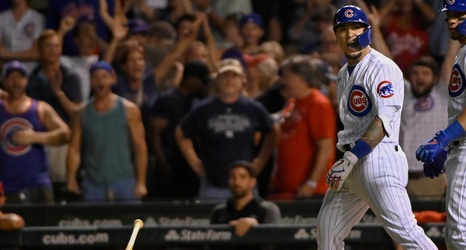 Chicago Cubs shortstop Javier Báez will be fined, but there will be no suspension following his taunting of Amir Garrett in Monday's win over the Reds, according to MLB Network's Jon Heyman.

Báez hit a walk-off single off of Garrett, then mocked the pitcher's broom sweeping celebration from when the Reds swept the Cubs earlier this month. Báez shouted at Garrett and tossed his bat onto the infield grass before he was mobbed by his teammates for his game-winning hit.

“Actually, I like the intensity,” Garrett told reporters from The Enquirer and MLB.com before Tuesday’s game.