Shogo Akiyama's goal in Year 2 with the Cincinnati Reds: Become an everyday player 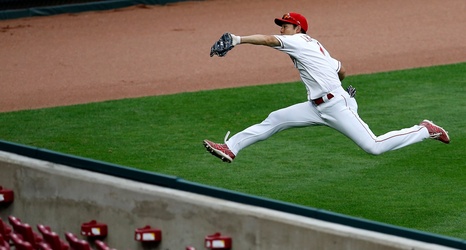 Shogo Akiyama was many things during his rookie season with the Cincinnati Reds, which followed a nine-year career in Japan.

Akiyama was a Gold Glove-caliber defender in left field, the first time he’s regularly played that position in his career. He was named one of the three Gold Glove finalists, showing solid range while running efficient routes.

He turned into a solid leadoff hitter by the end of the season, producing a .456 on-base percentage across 23 games in September. During that month – his second full month in the big leagues – he had more walks (15) than strikeouts (12), and he provided some much-needed speed with five stolen bases in eight attempts.