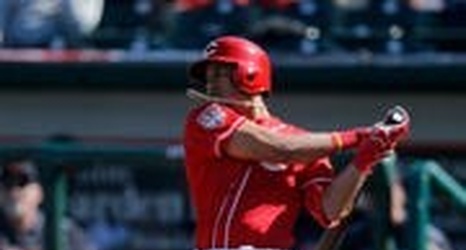 Akiyama will become the first Japanese player in Reds franchise history when he plays in his first game. Cincinnati Enquirer

With a crowded group of Cincinnati Reds outfielders, prospect José Sirí was buried on the 40-man roster.

That was the main reason why Sirí was designated for assignment last week, clearing space on the roster for Nick Castellanos. Sirí, a 24-year-old center fielder, was claimed off waivers Monday by the Seattle Mariners.

“We looked at José and it was tough for us to take him off,” Reds general manager Nick Krall said last week. “At the same time, we felt with the group we have, he wasn’t going to make an impact on this club.