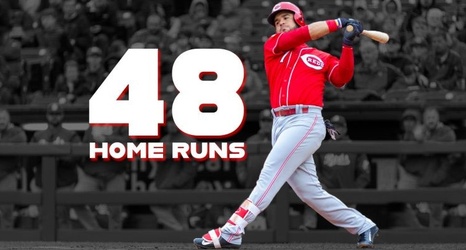 Last night saw Eugenio Suarez hit his 48th home run of the year. That put him one home run behind Major League leader Pete Alonso, who hit his 49th earlier in the day. But that home run was pretty important for Suarez for several different reasons.

The home run broke a tie with Andres Galarraga for most home runs in a season by a Venezuelan born player. Eugenio Suarez is now atop the list all by himself. There have been 407 Venezuelan’s to have played in Major League Baseball.