Reds should deal Alejo Lopez while his trade-value is high 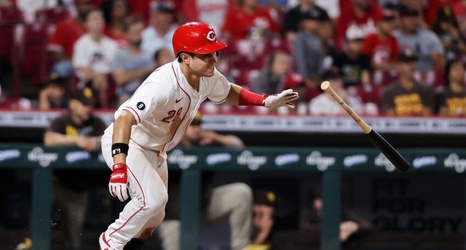 The Cincinnati Reds optioned infielder Alejo Lopez back to Triple-A Louisville on Sunday. While the rookie has played admirably, mostly as a pinch hitter, since his call-up to the big leagues, perhaps the 25-year-old holds more value as trade chip before the upcoming July 30th deadline.

This isn’t meant in any way to be a knock against Lopez, who’s game I absolutely love. Lopez is a hitter. He’s not a power-hitter, which is all the rage in today’s game.