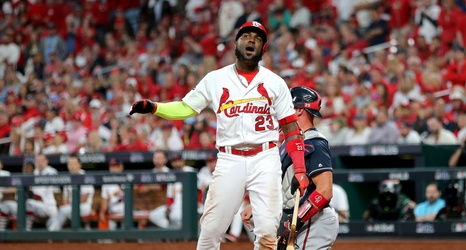 You know, a lot of fans had no desire to see Marcell Ozuna suit up in Cincinnati Reds uniform. Apparently, the feeling was mutual. Jon Heyman, an insider at MLB Network, reported yesterday that Ozuna turned down a three-year/$50M offer from the Reds, opting instead to sign a one-year deal with the Atlanta Braves.

Now, if you put the two deals side-by-side, Atlanta’s one-year/$18M deal is worth more than what the average annual value ($16.6M) would have been had Ozuna signed with Cincinnati. The way Cincinnati has been constructing deals this winter, it’s probably fair to assume that the first year of the deal may have been in the range of $15M, with an increase the following two seasons.