Reds rookie Nick Senzel to have surgery on torn labrum 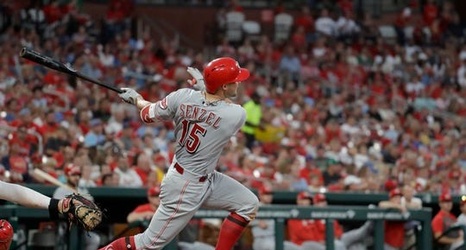 Reds rookie Nick Senzel hasn't played since Sept. 7 and won't officially until next March 26 at best. Before Saturday's afternoon game with the Mets, Reds manager David Bell announced Senzel would be having surgery on the torn labrum in his right shoulder that scratched him from the line-up Sept. 4.