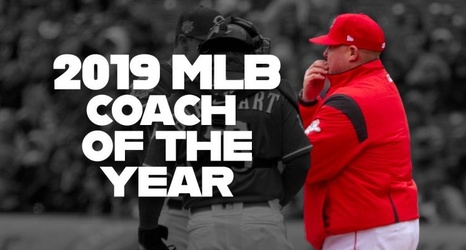 Baseball America has named Cincinnati Reds pitching coach Derek Johnson as their Major League Baseball Coach of the Year for 2019. It’s the players that often get talked about when it comes to free agency and adding to the team. But even last year when the Reds announced they had brought in Johnson as the new pitching coach, it just felt different.

And was it ever different. The 2018 Cincinnati Reds pitching staff struck out 7.86 hitters per 9-innings and posted a 4.65 ERA while posting 8.1 WAR (Fangraphs version). The Reds did a lot more to change the pitching staff than just bring in Derek Johnson, but he oversaw a huge change from year-to-year.