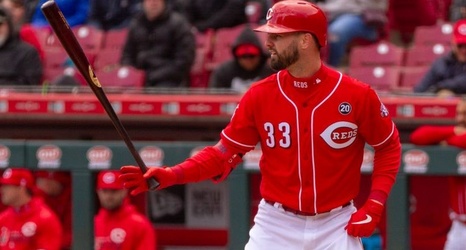 Cincinnati Reds outfielder Jesse Winker left the game on Sunday afternoon in Colorado in the middle of an at-bat after swinging and missing during the sixth inning. Bobby Nightengale of the Cincinnati Enquirer had this after the game:

Winker will be re-evaluated by the training staff Monday. Bell didn’t want to speculate on whether Winker’s injury would require a trip to the injured list.

“I really hope it’s nothing serious,” Winker said. “Obviously, I don’t want to go on the IL or whatever. I’m hoping I avoid that. Right now, I’m hoping it’s not as bad.