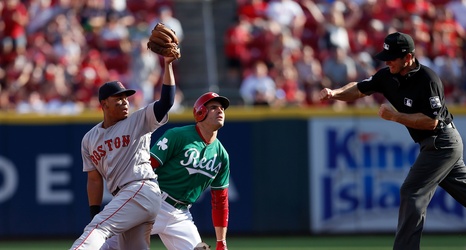 CINCINNATI, OHIO - JULY 04: Joey Votto #19 of the Cincinnati Reds reacts after a double play to end the game. (Photo by Emilee Chinn/Getty Images)

At 37 years old, Joey Votto is having his best season since he nearly won the NL MVP in 2017, and he’s leading the way during the Cincinnati Reds‘ 5-game winning streak. If Votto can maintain this level of intensity and production, the Reds will be a force over the second half of the 2021 season.

Votto has been oft-criticized over the past few seasons, and with good reason.