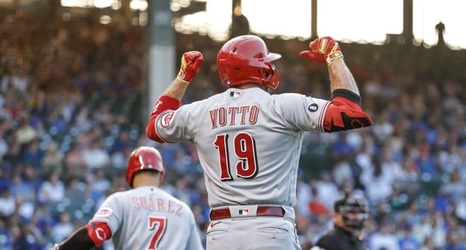 We’ve reached a level of utter ridiculousness following Zach Davies’ postgame comments about Joey Votto’s gesture following his home run in the second inning of last night’s game. The Cincinnati Reds first baseman clobbered a home run off Davies and while rounding the bases made a gesture that Davies felt was disrespectful.

To be clear, Davies was not talking about Votto’s pointing to the back of his jersey, something that Votto described after Tuesday’s win is a tribute to the television show Ted Lasso.